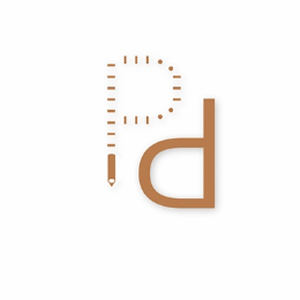 When to get rid of your SD Card

Could the sudden misbehavior and appearance of many error warnings on an SD card indicate that it is slowly dying out? Imagine vital files on your SD card suddenly becoming corrupted when you least expect it, with saved game files on a handheld console being one of them. It can be so frustrating to be unable to access these files.

Most SD cards last 10 years or longer, which makes them the ideal device for storing files. However, there is still a long-term worry about its susceptibility to corruption. Regardless of which brand you own, you should accept the idea that even the most recommended SD card for Steam Deck can eventually be corrupted, and that you should constantly be ready for the worst-case scenario. In this article, we'll go over some of the most important signs of a corrupted SD card and what you should do if you notice them. But first, let's look at how the SD card functions.

Secure device (SD) cards are storage devices for files and documents. The files may contain items such as pictures, audio, videos, or other materials. It is compatible with a wide range of devices, including tablets, electronics, and cameras. It is portable, dependable, and can safely store your documents for an extended period.

SD cards use the card memory cell to perform write and erase cycles on stored files. This allows it to save downloaded files and access them when necessary. Most SD cards are dependable (especially the more expensive ones), and they can withstand up to 10,000 write and erase cycles before failing. This means they can be actively working for 10 years or more, depending on use and maintenance.

Nevertheless, SD cards can be annoying at times since they malfunction when least anticipated. When they are eventually damaged, it is usually difficult to pin-point what is wrong. As a result, several symptoms may point to a corrupted SD card. When you observe those indicators, it may be time to switch to a new one.

When do you need to get rid of your SD card

One of the obvious signs that something is amiss with your SD card is when your data go missing. Imagine waking up one day to discover that certain files are gone from your device's storage. What would be your reaction? Wouldn't you be disappointed? Now, does every missing file imply that the issue is with the SD card? This is not always the case. It is possible that you had deleted that file; that you have a locked memory, or that your SD card is not supported by the device. If these aren't the causes then it is time to throw away your SD card.

When you try to use your SD card on a computer (with the aid of a card reader), your computer might fail to recognize it. It's possible that your SD card is defective. One shouldn’t make that decision until other possibilities have been ruled out, such as a damaged SD card, an incorrectly inserted SD card, or a fake SD card.

If these are confirmed to be the problem, then simple troubleshooting processes such as rebooting the phone, updating the driver, using a card reader, and formatting the card could hopefully solve it. If this wasn't the problem, you might want to buy a new SD card for your use.

Your SD card problem may further be compounded by the influx of unsolicited files in it. When this happens, it is usually a case of being exposed to malware - a software virus intentionally designed to steal data and damage whatever it enters into. Most of the time, the malware virus gets into your storage devices through file-sharing devices like flash drives and USB sticks. That's why it is important to be careful about where you insert your SD card and who you share files with.

If the malware hasn't damaged the SD, plugging in the virus-infected SD card and running it on the CMD mode could quickly remove the malware. If not, you might need to use third-party software tools like the photo recovery tool to do the magic. If all these don't work, it might be time to get yourself a new SD card.

Another sign that your SD card's time is up is when all files and folders become empty despite the fact that you have not moved or removed them from the storage device. As expected, this might be a virus or a file system problem. If this occurs frequently, you may need to discard your SD card.

As mentioned earlier, The SD card uses memory cells to write and erase cycles to retain downloaded files. So if you try to save a new file to the SD card and it failed, this may be a write failure. In the same vein, if you can't read an SD card memory, it may indicate a real problem. Nevertheless, troubleshooting processes such as restarting the phone, clearing the cache, and remounting the SD card could probably solve the problem. However, if this problem persists, it might be time to start saving up for a new SD card.

SD cards are the essential storage devices that people use to safeguard their files and documents. It is especially helpful to Photographers and Hobbyists who require large amounts of storage devices to store their files. However, it sometimes malfunctioned and can get corrupted no matter the lifetime warranty. Here, we have listed indications that might signal the extinction of your SD card and the need to get rid of it. Overall, be prepared for any eventualities on your SD card, back up your data, and format the SD card when necessary